Our talk tonight was on DNA forensics and crime by Dr Rhian Morgan from Wales Gene Park. She explained about the discovery of DNA in 1984 and gave many interesting examples of how DNA has been used to prove guilt or innocence , including  how DNA was used to prove that the SS Captain Josef Mengele – The Angel of Death escaped to Brazil at the end of World War 2. We all enjoyed the evening, which was interesting and informative.

We had an open evening. We invited friends and family and local people to join us. The response was amazing and the meeting was attended by more than 100 people!! That meant a lot of teas and coffee!! Our talk was about the new hospital in Llanfrechfa given by Julian Hayward , followed by the opportunity to ask questions . 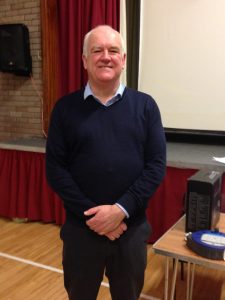 Resolutions and Cheese and Wine

We enjoyed a variety of delicious cheese and wine while we discussed this years W.I. Resolutions. We tried a different format this year and discussed the Resolutions in small groups .

4. Time to talk about death and dying